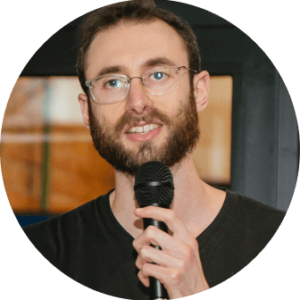 An SEO’s Take On ChatGPT

This sounds lofty but I think I’m on of the best search engine optimization people in the world. I never meet anybody who gets better results or who is more obsessed than I am. Seriously – I don’t know anybody. But also… I don’t know if this will matter for much longer.

Well, if you’re an SEO, how could you not be concerned about ChatGTP?

It’s nothing short of magic and has now taken up a major part of my work stack.

It’s not perfect, but it’s ideal for replacing top-of-funnel searches and anything unrelated to current events.

Contrary to what many other people are saying, I don’t think OpenAI will take significant market share away from Google.

However, conversational AI will force Google to change its business model… and this is where things will get hairy for me.

The beauty of ChatGPT is that it tells you what you want without forcing you to look through an article yourself.

Google almost does this using featured snippets, but it doesn’t summarize – instead, it makes you do further research half the time.

ChatGPT does not. And this is why ChatGPT is winning, for now.

Circling back to Google doing this – Google has the best data sets, and much of the AI world has used their transformers for inspiration in proprietary models.

Google also is way better funded than OpenAI. I personally think that if Google wanted ChatGPT, they could have had it into their search engine last year or sooner – but why?

Why disrupt their provenly lucrative way of making money?

Well, now there’s a reason. ChatGPT is a better product for top-of-funnel searches.

Not only this, but Bing, one of the most active search engines out there is integrating ChatGPT. Microsoft is already a partner in OpenAI, and with this partnership, Bing will only become better; Microsoft’s R&D funding is nothing to laugh at.

So I believe this tech will have to come to Google.

The issue is that without economic incentives, I think it won’t be long before the conversational AI doesn’t have enough new knowledge to make up-to-date recommendations. Humans won’t create the content needed for the AI to give good advice.

And because of this, only the most popular products will be recommended. The time of the niche will die. It will become difficult for startups again without search as a channel.

Instead, users will be more likely to be forced into products that don’t exactly fit their needs.

Right now, bottom-of-funnel targeting allows SEOs to use search intent to satisfy the smallest cohorts of searchers. I think this will go away.

I think top-of-funnel content creation, as well, will go away.

I think the models will soon have a lack of data, but everybody will continue to use them.

So maybe there will be some sort of equilibrium eventually.

The fact is, I don’t know – but I’m certainly concerned for the future of the industry.

I spoke to a very successful blogger last night who told me I shouldn’t embark on an SEO-based business if I have these concerns.

I think there are a few years left, and that’s why I’m writing this.

But after that – I can’t imagine the information market continuing in this way for more than 5 years.

RIP. What will the next market be?

Get updated on new article drops.

Edward Sturm is an entrepreneur, SEO, writer, and digital video and image producer.

An SEO’s Take On ChatGPT

How to Do Coffee Shop Marketing for Starters in 2023